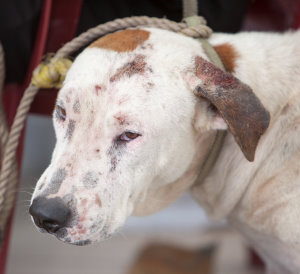 PHS becomes involved in pet rescues when pets are abused, abandoned, or the owner cannot care for them anymore.  Our volunteer rescue and adoption coordinators are Rick and Candy Feldman – you can reach Rick and Candy by emailing PHS or calling 635-0451.

Abuse.  In instances of abuse, PHS first works with the owner of the animal to try to resolve the abusive situation – first through education, and then by trying to persuade the owner to transfer ownership of the pet to PHS if education doesn’t stop the abuse.  If neither route is successful, PHS works with local police (Sgt. Ramcon 602-6244) to have the animal removed from the abusive environment.  (This usually occurs when dogs, almost always pitbulls or pitbull mixes, are used for dog fights.) 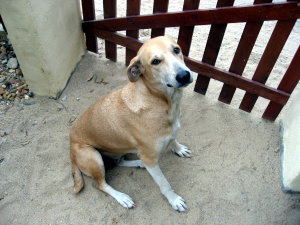 Abandonment.  Pets are most often abandoned when a puppy or kitten becomes an adult dog or cat and is no longer the fluffy little ball of fur that first enamored the abandoning owner.  These animals usually become roamers and may find a new home on their own – or at least people who feed and care for them – you’ll often hear dogs referred to as “my dog that is not my dog.”  Some dogs become “tourist dogs” who “adopt” tourists for the time the tourist is on the Peninsula.  The tourists feed and care for the dog during their vacation, and when they leave, the dog finds another tourist to adopt.  Roamers are often also tourist dogs.

Abandoned cats are often also fed by some locals and tourists, but many become feral because of the general dislike of cats by many people in Peninsula communities. 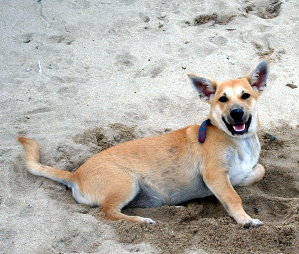 Many of the tourist dogs, roamers and abandoned cats live a fairly good life on the Peninsula, although most dogs die early of tick fever (ehrlichia), heartworm, or TVT (transmissible venereal tumors).  Others get run over by a car. Cats are more likely to die early of untreated urinary tract infections, dog attacks, heartworm or abuse by humans.

Because most dogs and cats roam free on the Peninsula, owned or unowned, PHS often doesn’t know a cat or dog is in trouble unless someone reports it to us – usually when an animal is visibly ill or starving.

Then there are the animals whose owners want them, but can’t afford to care for them – or who are leaving the Peninsula and don’t feel that they can take their dog or cat with them.  (Because the Placencia Peninsula is a tourist destination with a transient population, PHS is faced with more and more situations involving pet owners leaving who need to find homes for their animals – particularly cats.)

Rescue and Foster Homes.  Because real estate prices are so high on the Peninsula with very little land available, PHS does not have the resources to own or operate a shelter.  Therefore, abandoned animals are placed in foster homes until adopted.  PHS assumes the cost of basic veterinary care – spaying or neutering, vaccinations and any other vet treatment necessary.  The foster “parents” of the animal almost always generously pay for food out of their own pockets.

Adoption.  Dogs are much more readily adopted than cats, and PHS has successfully found adopted homes for all dogs that have come under its care.  And, the number of tourists who adopt dogs and take them back home with them has been steadily increasing.  (PHS can make all the arrangements to move the animal to its new home outside Belize, but the adopting owner must pay all transportation expenses, including purchasing a carrier, international animal health certificate and airfare. 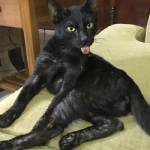 Meet Shadow – a cat saved from euthanasia in March 2017. 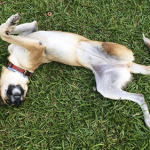 Found after hit by a car with a broken leg, wandering around Maya Beach, starving. 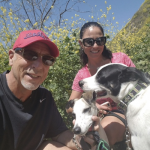 Here is one story about how Jackson Turtle found love! 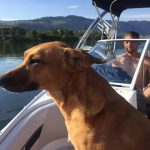 Sparkles, shown to the right, was a beach roamer and tourist dog who was adopted by a British Columbia family.

Click here to read the full story and updates! 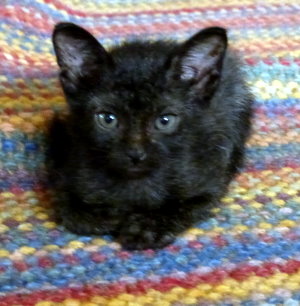 Cat adoptions continue to be a major challenge for PHS.  A few, like Gumby, shown at left, are adopted, but many never are.

If you can help PHS by fostering or adopting a cat a dog, please visit our adoption page.