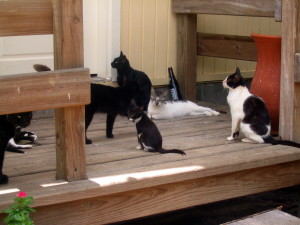 Until about 20 years ago, fishing for lobster, finfish and conch supported most families on the Placencia Peninsula – and fish was most people’s main source of protein.  Electricity was available at only certain times of the day, only a few people had refrigerators, and houses were open to catch the breeze.

What does that have to do with cats?  Well, open windows and fresh fish on the counter are pretty much irresistible draws for felines. 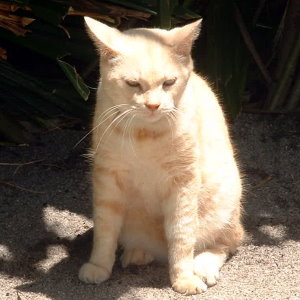 Unfortunately, purloining the family’s dinner for the day did not make many friends for the cats of the Peninsula.

Instead, people just did not want cats around, and to make sure their children didn’t bring home kittens as pets, the children were told that all cats and kittens had rabies and not to touch them.  The children then not only learned their parents hostility to cats because of the cats’ fish stealing proclivities, many also became genuinely afraid of cats.

However unpopular, cats multiplied and thrived on the Peninsula due to the easy availability of not only fish, but other prey such as rodents and birds.  (Much of the Peninsula was bush and mangrove until just about 10 years ago.) 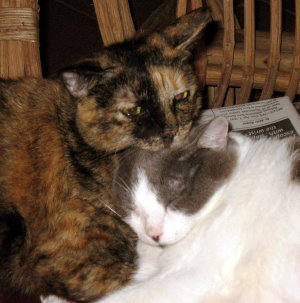 Lots and lots of cats, and people who didn’t like them very much, led the Placencia Humane Society to start trapping and neutering feral cats in 2000, when a visiting Canadian vet donated a Have-A-Heart trap to PHS.

PHS now has feral cat clinics once a month – usually the Friday before its monthly general vet clinics.  The Peninsula has been divided into zones and volunteers help set the traps the night before the feral cat clinic, picking up the trapped cats the next morning and transporting them to the clinic where the veterinarian for the monthly clinic spays and neuters them.  The cats are then kept overnight and released back into the area in which they were trapped the next morning.

PHS must pay the vet for each spayed or neutered feral cat, at an average cost of BZ$82 (US$41) per cat.  PHS traps and neuters approximately 50 cats per year.