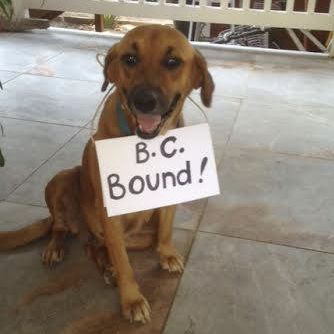 Sometimes a thunderbolt just hits you, and when it does, you know it. It can be you fall crazy in love with another person or sometimes, as it was with Tara and her boyfriend, Steve, it was a beach dog named Sparkles.
Tara and Steve were tourists in Placencia in April, 2014. Their very first night in Placencia, they met Sparkles, a small brown female dog, an “owned roamer,” a dog who had an owner, but prowled the beach for companionship.
The three spent their time together, a scene of domestic calm, but when good-bye came and Tara and Steve left Placencia, they carried with them many photos and their memories of this sweet dog.
They never forgot Sparkles.
Tara contacted Placencia Humane Society (PHS) on its Facebook page, hoping to find Sparkles.
It took many months of persistent postings on Facebook, with photos and the question: “Anyone know this dog?”
One day, Kathy, a newcomer to Placencia, responded: “I have Sparkles. She has been with me since July, 2014. She showed up at my house and never left. She sleeps right outside my door, and is already protecting me! She follows me everywhere!”
Sparkles instinctively had attached herself to Kathy, who grew up on a farm with a deep love of all animals. 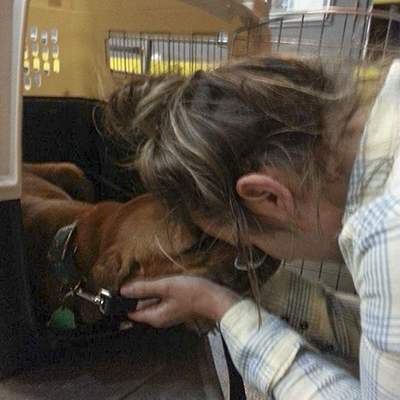 Kathy says, “I am so happy for Tara and Steve to adopt Sparkles. I love Sparkles, but I know they are going to give her an incredible life. I will work with PHS to make it all happen for them.”
PHS has been directly involved, from the initial hunt for Sparkles, to getting all her necessary shots and paperwork, to providing a kennel, and arranging commercial air travel from Belize to British Columbia, Canada.
Tara and Steve paid for all expenses, and Sparkles’ original owner gave permission for Sparkles’ new living arrangements.
Sparkles reached her furever home in British Columbia, Canada on 13 May, 2015!
Tara writes: “Thanks to all of the wonderful, kind people in Placencia! If it wasn’t for PHS, I wouldn’t have been able to track down Sparkles and make this happen. Candy, Doran, Kathy, Shannon, Mary, and everyone else –THANK YOU! You will never know how much this means to me!
“People ask me why I wanted Sparkles, and why I did not just adopt another rescue dog. All I can say is from the minute I met her, I just had this connection with her. She has such a wonderful disposition and is just a great dog!”

Update on Sparkles as of May 2016: Hi, Sparkles here! Remember me?

I sure hit t 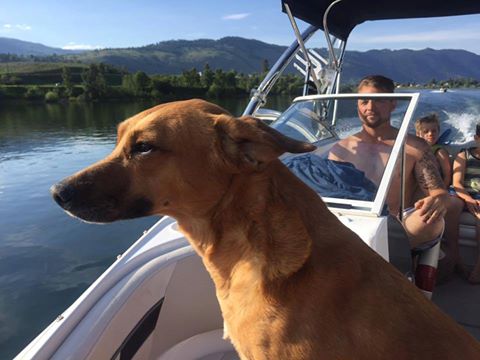 he jackpot! Yes, a year and a half ago, I was this sad little dog prowling the Placencia beach, looking for food and care. Some wonderful tourists from Vancouver, Canada fell in love with little old me, and wanted to take me home with them. PHS worked with these folks in making all those necessary travel arrangements. Well, here I am, enjoying the good life in British Columbia, Canada. My new owners even let me think this is my very own boat! Love this second chance you all gave me, PHS, your friends, volunteers, and supporters! Keep up the great work you are doing! 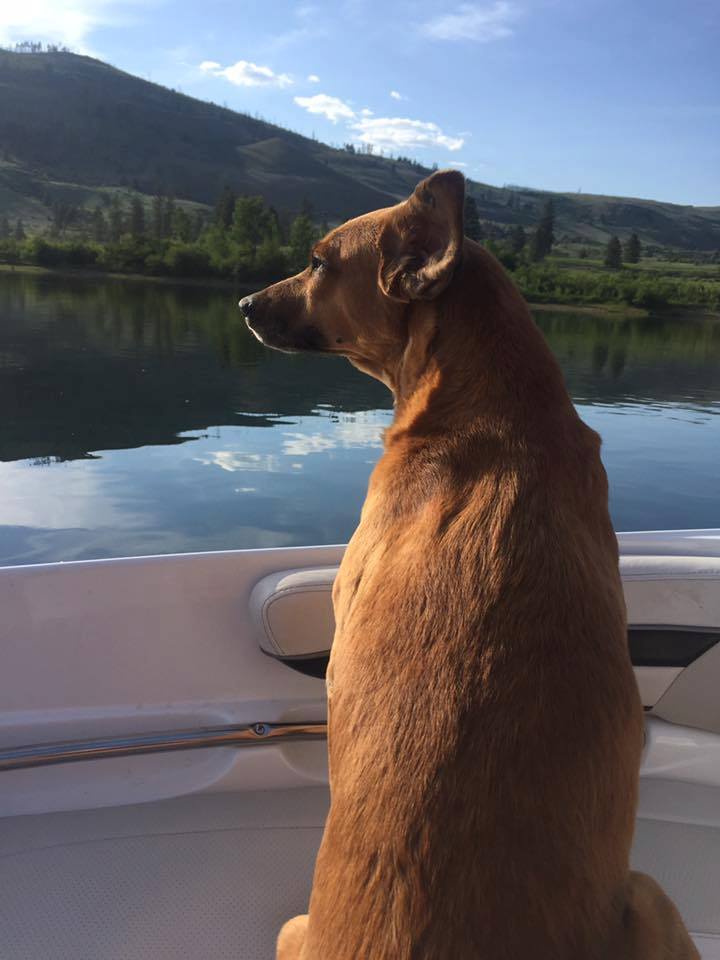 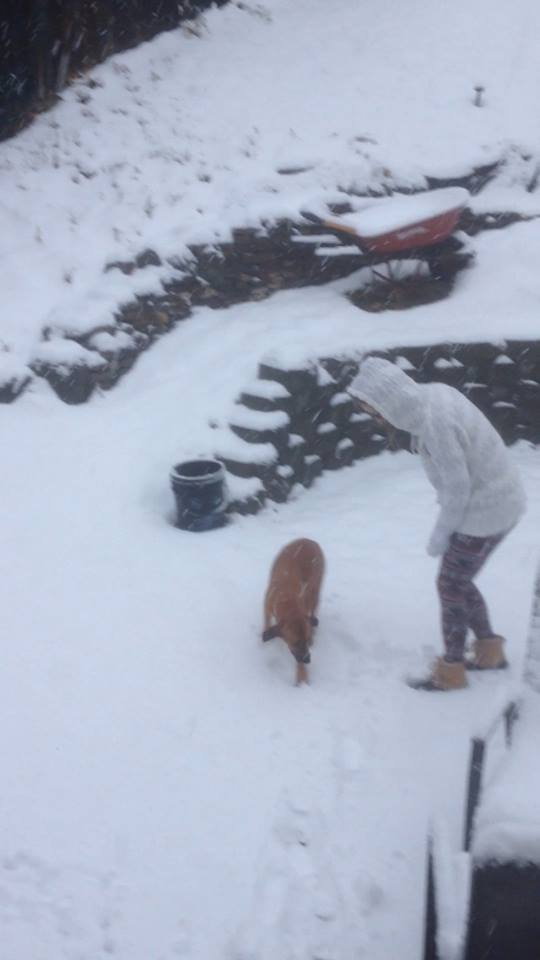 Update on Sparkles:  her new family reports that she’s finally gaining weight and saw her first snow.  They had to carry her out – but now she loves it and even has her own sweater!!!!!!!!